During his 2008 campaign for president, Barack Obama transmitted signals that he understood the GMO issue. Several key anti-GMO activists were impressed. They thought Obama, once in the White House, would listen to their concerns and act on them.

These activists weren’t just reading tea leaves. On the campaign trail, Obama said: “Let folks know when their food is genetically modified, because Americans have a right to know what they’re buying.”

Making the distinction between GMO and non-GMO was certainly an indication that Obama, unlike the FDA and USDA, saw there was an important line to draw in the sand.

Beyond that, Obama was promising a new era of transparency in government. He was adamant in promising that, if elected, his administration wouldn’t do business in “the old way.” He would be “responsive to people’s needs.”

Then came the reality.

After the election, and during Obama’s term as president, people who had been working to label GMO food and warn the public of its huge dangers were shocked to the core. They saw Obama had been pulling a bait and switch.

The new president filled key posts with Monsanto people, in federal agencies that wield tremendous force in food issues, the USDA and the FDA:

As deputy commissioner of the FDA, the new food-safety-issues czar, the infamous Michael Taylor, former vice-president for public policy for Monsanto. Taylor had been instrumental in getting approval for Monsanto’s genetically engineered bovine growth hormone.

As commissioner of the USDA, Iowa governor, Tom Vilsack. Vilsack had set up a national group, the Governors’ Biotechnology Partnership, and had been given a Governor of the Year Award by the Biotechnology Industry Organization, whose members include Monsanto.

As the new Agriculture Trade Representative, who would push GMOs for export, Islam Siddiqui, a former Monsanto lobbyist.

As the new counsel for the USDA, Ramona Romero, who had been corporate counsel for another biotech giant, DuPont.

As the new head of the USAID, Rajiv Shah, who had preciously worked in key positions for the Bill and Melinda Gates Foundation, a major funder of GMO agriculture research.

We should also remember that Obama’s secretary of state, Hillary Clinton, once worked for the Rose law firm. That firm was counsel to Monsanto.

Obama nominated Elena Kagan to the US Supreme Court. Kagan, as federal solicitor general, had previously argued for Monsanto in the Monsanto v. Geertson seed case before the Supreme Court.

The deck was stacked. Obama hadn’t simply made honest mistakes. Obama hadn’t just failed to exercise proper oversight in selecting appointees. He wasn’t just experiencing a failure of short-term memory. He was staking out territory on behalf of Monsanto and other GMO corporate giants.

And now let us look at what key Obama appointees have wrought for their true bosses. Let’s see what GMO crops have walked through the open door of the Obama presidency.

ATryn, an anti-clotting agent from the milk of transgenic goats.

This is an extraordinary parade. It, in fact, makes Barack Obama the most GMO-dedicated politician in America.

You don’t attain that position through errors or oversights. Obama was, all along, a stealth operative on behalf of Monsanto, biotech, GMOs, and corporate control of the future of agriculture.

From this perspective, Michelle Obama’s campaign for home gardens and clean nutritious food suddenly looks like a diversion, a cover story floated to obscure what her husband has actually been doing.

Nor does it seem coincidental that two of the Obama’s biggest supporters, Bill Gates and George Soros, purchased 900,000 and 500,000 shares of Monsanto, respectively, in 2010.

Because this is an election season, people will say, “But what about Romney? Is he any better?” I see no indication that he is. The point, however, is that we are talking about a sitting president here, a president who presented himself, and was believed by many to be, an extraordinary departure from politics as usual.

Not only was that a wrong assessment, Obama was lying all along. He was, and he still is, Monsanto’s man in Washington.

To those people who fight for GMO labeling, and against the decimation of the food supply and the destruction of human health, but still believe Obama is a beacon in bleak times:

SOURCE: http://www.naturalnews.com/037310_Barack_Obama_Monsanto_lobbyist.html#ixzz27U23Wm00
Here is more hypocrisy, this time involving the first lady, whose successful, lavish vegetable garden at the White House was sneaked-in overnight by truckload, fully grown. Read the shocking details about her “hospital job”. The phony concern about your health is but a ploy to exercise even more control over you, your money, and your privacy. 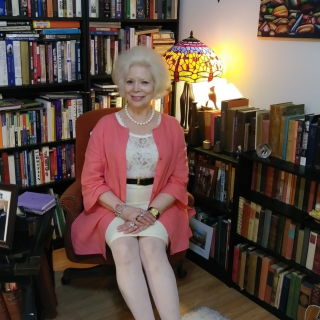