Spinach, kale, rocket (arugula or watercress), purple onion, celery and chard were finely diced and dressed with classic vinaigrette. Two boiled eggs at a deep yellow stage of cooking (not quite hard-boiled) were cut into sections and distributed on top of the chopped vegetables, which had already been tossed with vinaigrette. For visually-appealing boiled eggs, I use the method favoured by chef Jacques Pepin: with a push-pin, poke a hole in the wider end of a raw egg in its shell before lowering it into a pot of water. I simmer the egg for eight minutes, then bathe it in ice-water. The pinhole in the egg will prevent the buildup of sulfur inside the egg and thus keep the yolk from turning green, and resting the boiled egg in cold water makes it much easier to peel. This chopped power-greens salad with two eggs is very nutritious; it can of course be made without the red onion, and naturally welcomes additional ingredients such as bacon or shredded cheese.
©M-J de Mesterton 2019

2016: I hadn’t gone shopping in a while, so when I came upon these grapes and jalapeño peppers at Albertson’s a month ago, they seemed normal at first. At home, they looked larger than life all of a sudden, like the Grapes that Took Over the World, and Jalapeños as Big as Texas. They may be genetically-modified (in fact, I’d put money on it). Yeah, them grapes were slightly smaller than golf-balls, and twenty years ago women would have been runnin’ scared at the sight of ’em. Those peppers ain’t just big, they are hotter than Hades. Talk about getting more bang for your buck–for all I know, the whole lot is deadly poison. Sure as shootin’, I am not going back to that store for more. The chicken breasts we bought there were just enormous, probably from a fowl critter named Dolly (in honor of the lamb created in a lab, not the huge-breasted singer, Ms Parton).

After poaching and frying those pieces of chicken, having spent more than an hour in the process, we were stunned at the foam-rubber texture of the alien meat. The animals had to have been pumped full of SOMETHING unnatural to make their breasts as large as those of turkeys and render their flesh absolutely inedible. It was impossible to know how the chicken would be when cooked, therefore lots of time and effort were wasted. Needless to say, the inedible meat was returned to its purveyor. Don’t let grocery stores ruin your meals–make sure the chicken you purchase is of normal size. Good thing we did not unwittingly serve this faux fowl to guests. That would have been ruinous!~~M-J

And now, the eternal question: which came first, the funky chicken enhanced by hormones, or the FREAK EGG?

Below: Hosting a Tea Party; Formal Tea; the True Definition of “High Tea” is “Workingman’s Supper” 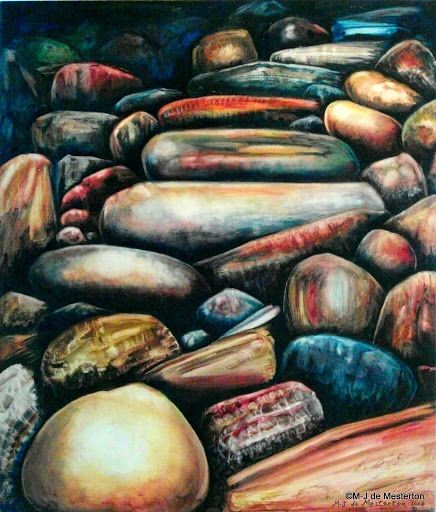 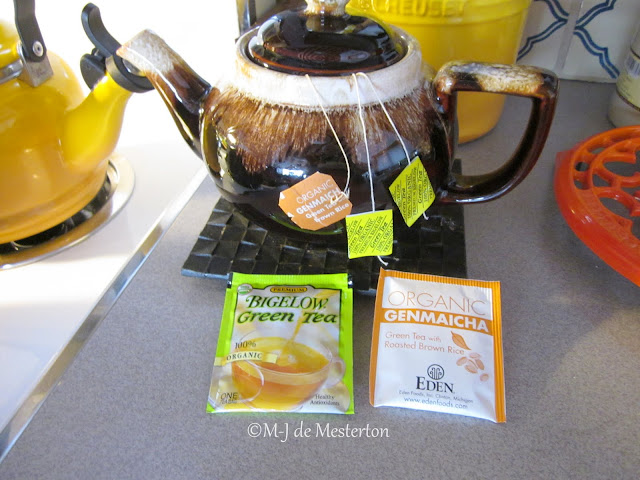 “Green tea is known to contain antiviral components that prevent influenza infection,” wrote Hiroshi Yamada, MD, PhD, of the University of Shizuoka, Japan.
Yamada and his colleagues analyzed questionnaires from 2,050 students, ages six to 13 years, in elementary schools in Kikugawa City. The questionnaires included information about their consumption of green tea.

A Christmas Memory by Truman Capote is a delightful time-capsule about the human condition, starring Patty Duke, Piper Laurie and Jeffrey de Munn.

Music of the Heart is based upon the true story of a violin teacher in Harlem. Starring Meryl Streep, it is one of those New York movies that realistically portrays the plight of talented people living there, and ends with a stunning, triumphant scene. The extremely talented Meryl Streep learned to play violin for her part in Music of the Heart.

An elegant way to stretch your meat budget in these austere times is to make Swedish or Scandinavian-style meatballs. Each household cook has his or her recipe, but the basics are ground meat such as beef, veal and/or pork mixed with bread crumbs or bits of bread (I use bits of brioche pulled out from my brioche hamburger buns, which have been reserved in a freezer-bag), an egg and some cream or milk.  Finely-minced onion is optional. Spices include nutmeg and/or allspice, salt and optional white pepper. Onion powder can take the place of minced onion, or that flavour may be omitted altogether. Meat mixtures are shaped into small balls and rolled in flour, then fried in butter. A pan-gravy is made while the finished meatballs rest in a warm oven until serving time. I prefer to use ground beef, brioche bits, sour cream, minced onions or onion-powder, nutmeg, salt and white or green ground pepper.
©M-J de Mesterton 2011

Serve Swedish meatballs with new potatoes and perhaps a little lingonberry or cranberry sauce on the side.
This Danish baking-dish has the traditional cream gravy at its bottom, topped with the meatballs (this type of meatball recipe is found in Swedish, Danish and Finnish cookbooks).
Very small new potatoes are usually just boiled in salted water, and not cut into pieces.
These Yukon Gold new potatoes have been cut and boiled, then sautéed in butter and smashed lightly.
©M-J de Mesterton 2011 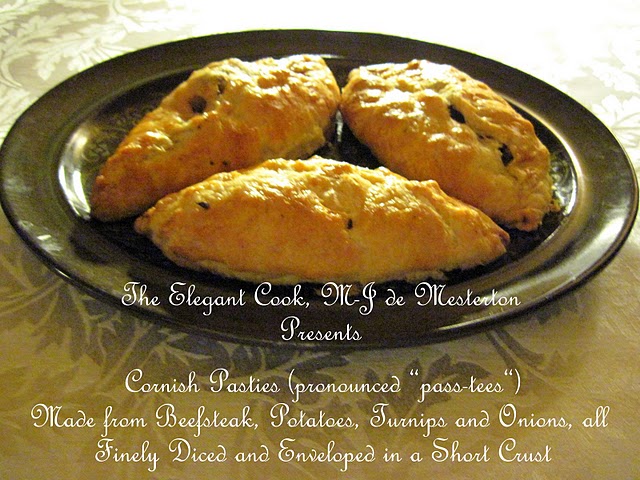