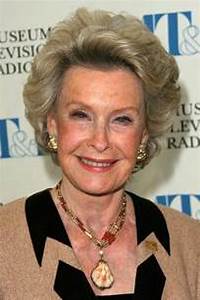 The divinely elegant Dina Merrill passed away on May 22nd, 2017 (Click here to read her obituary in the New York Times).

Born in Livermore, Maine, U.S.A., Benjamin Washburne represented the district which included Galena, Illinois, as an early member of the Republicans in the House of Representatives, and was a leader of the Radical Republicans. Washburne was among the original promoters of legal racial equality. As a congressman, he served on the Joint Committee on Reconstruction which drafted the Fourteenth Amendment to the United States Constitution. After the Civil War, Elihu Washburne advocated that large plantations be divided up to provide compensatory property for freed slaves.

Washburne served as President Ulysses S. Grant’s Secretary of State, replacing William H. Seward. He became ill and served for only twelve days in March 1869; it remains the shortest term of any Secretary of State. President Grant sent Mr. Washburne to France as head of the U.S. diplomatic mission. He was the only diplomat from a major power to stay in Paris during the Franco-Prussian War, and played a heroic role in providing both diplomatic and humanitarian support during the Siege of Paris and, after the war, the bloody civil war which was instigated by the Paris Commune. Though his life was in danger and he could have just gone home to Galena,  the Hon. Elihu Washburne stayed in Paris during the Franco-Prussian War and was the man who singlehandedly ferried thousands of Germans and Americans to safety. He freed thousands of women prisoners of war whose only “crime” was that they had originally come to France from Germany. Thousands of the U.S. ex-patriate community in Paris owed their lives to Elihu Washburne, U.S. Foreign Minister to France.

Minister Washburne wrote accounts daily  of the occurrences in France during both the Siege of Paris and the war that immediately followed it, the bloody battle between French leadership in Versailles and the Paris Commune. He is distinguished among journal-keepers for his vivid and accurate descriptions, always faithful in his self-imposed duty to record historical events, though his personal situation was grave and he was working tirelessly to save lives.

Washburne retired from government in 1876, although, being extremely popular as a humanitarian hero, he was considered as a presidential candidate at the Republican conventions in 1880 and 1884. He moved to Chicago, Illinois, and served as president of the Chicago Historical Society from 1884 to 1887. Elihu Washburne passed away on October 23, 1887.